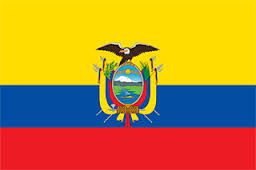 On 3 Nov, PASC Secretary had sought email approval and/or comments on INEN (Ecuador)’s interest to become a PASC member.

Secretariat has received votes of approval from the majority of the PASC members, and so, in accordance with the PASC Charter, Secretariat is pleased to confirm INEN (Ecuador) as a member of PASC.

PASC welcomes the new addition to the Standards Congress and looks forward to working closely with INEN in the future.

The Silver Economy Survey, conducted on Survey Monkey, received 140 responses in total. In addition, Japan have the results from a further 85 survey responses which are yet to be collaborated with the existing data.

Standards Australia would like to thank all PASC members who completed the survey and encouraged stakeholder participation. We are now working on analysing the survey results and drafting the Issues Paper. If you have any questions or contributions please contact apecsilvereconomy@standards.org.au

The Standards Council of Canada (SCC) is seeking your support for a proposal for a Preliminary Work Item on Nanotechnologies – 3- D Tomography in a Transmission Electron Microscope (TEM) that will be discussed during the ISO/TC229 Nanotechnologies Meetings November 7-11, 2016.

The transmission electron microscope (TEM) is a tool that uses electrons to produce a resolution that is a thousand times better than a light microscope. The use of a TEM in electron tomography allows users to get a detailed three dimensional view of nanomaterials by collecting hundreds of density projections. With advances in nanotechnology and the semiconductor industry there is an increasing need for high-resolution 3-D structural information. Currently, results for quantitative measurement of dimensions at the nanoscale vary widely depending on the type of tools used.

A standard would help to ensure the images and measurements produced by electron tomography in a TEM are reproducible and accurate, as well as ensure that the varieties of instruments are applied in a consistent way. For example, if a full tilt range is not performed when collecting the hundreds of images used to produce the 3-D image, the results may produce inaccuracies. Ensuring that a full tilt is always performed in the same manner by use of a standard would ensure a consistent result.  It would also allow for reliable measurements of nanoparticles in order to evaluate their impact on our environments, our industries and our citizens.

SCC is seeking your support for their proposal on 3-D Tomography in a Transmission Electron Microscope (TEM) as a Preliminary Work Item on the ISO/TC229 work programme.

On Wednesday September 14, 2016, the Open Session – International Organisation Leaders Summit took place for the closing day of the 2016 ISO GA in Beijing.

The Theme was Standards Improve Global Connectivity and included an address from the Chinese Premier Li Keqiang.

It can be viewed and downloaded for your reference here: 2016-08-30-pasc-presentation-for-iso-ga_final 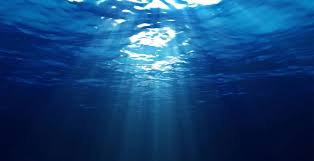 Marine sensors are an essential tool for providing a picture of what is happening below the ocean’s surface. A wide range of users depend on the data collected by these sensors to make critical environmental decisions. But their performance and accuracy can vary considerably between devices, which can lead to measurement inaccuracies.

This standard would set out universal device specifications that would ensure consistent results and a standardized approach for performance tests of these devices, as well as determine a consistent method to report on those tests.  For example, it would provide reliable data to help decision-makers as they increasingly focus their attention and resources on addressing the impacts of climate change.

SCC is seeking the support and participation of ISO experts in the development of the standard.

Around the world societies are facing major demographic shifts. Populations are living longer, presenting a whole set of new business and innovation opportunities to meet the wants and needs of our ageing societies. This growth market for senior citizens is known as the “silver economy”.

To better prepare APEC member economies for this multifaceted societal challenge, Standards Australia and the Australian Government – Department of Industry, Innovation and Science in association with national standards bodies across the Asia Pacific region have commenced a project to examine how standards and innovation can support APEC’s silver economy.

As part of this project, today marks the launch of a survey across APEC to deepen regional collaboration and deliver a Silver Economy Standards and Innovation Framework. The aim is to capitalise on the increasing untapped demand for products and services to support our ageing populations.

Increased standards collaboration and fostering innovation across APEC is essential if we are to fully benefit from the new and emerging business opportunities provided by the silver economy.

The survey is open until 31 October 2016. It will impact the development of an issues paper that will be presented at APEC meetings in 2017. It will also help shape and inform an APEC Silver Economy Standards and Innovation Workshop to be hosted in Sydney in early April 2017.

This project is funded through the Department of Foreign Affairs and Trade’s APEC Economic Diplomacy Fund.

The Project builds on work to-date carried out by APEC member economies to advance green building and building energy efficiency and was implemented through the APEC Sub-Committee on Standards and Conformance (SCSC). This study contributes to tourism policy discussions in the APEC region in two ways. First, it examines the likely impacts of policies that can contribute to achieving the target of 800 million international tourist arrivals by 2025, a goal APEC tourism ministers announced in 2014. Second, it looks at the linkages between tourism development and the overall economy, in particular the linkages between tourism and macroeconomic indicators, inclusive growth, and MSME development.

High-level Chinese officials, including the country’s Premier Li Keqiang, highlighted the importance of International Standards at the Open Session on “Standards Improve Global Connectivity”, which took place on 14 September 2016 during the ISO Week in China in Beijing.

Speaking to a gathering of over 500 representatives from national standards bodies, international organizations, public authorities and business, Premier Li stressed the importance of standards to help China recover from its sluggish economic growth.

Boosting innovation is also vital to the steady recovery of the world economy, and standards are key to consolidating this innovation into tangible productivity. “Standards are the basis for technological advancement,” explained the Chinese Premier, adding that with today’s rapidly evolving technologies, we need to speed up the implementation, formulation and revision of standards.

For the world’s second-largest economy, standards are instrumental to ensuring quality, efficiency and stable growth. They reflect the competiveness of business and the strength of a nation. “We have intensified our efforts to apply International Standards,” said Li. Yet to maintain steady economic growth, China must now focus on reform and “promote the upgrading of the economic structure”.

“Today I am here to show the commitment of the Chinese government to standardization,” declared Premier Li, emphasizing that China must “have the courage to enforce high standards”. As consumer needs are becoming more diversified, with individualized consumer demand becoming the main trend, China needs to use adaptable standards to promote flexible production.

Premier Li also highlighted the importance of standards in helping to upgrade manufacturing, which he referred to as the backbone of the Chinese economy, encourage the development of new energy sources and promote a greener economy. “ISO is a ‘united nations’ of technology,” he said. “Only cooperation can lead to mutual benefit and win-win outcomes.” He also emphasized the need to support developing countries in getting more involved in standardization, urging those present to work together to write a “symphony of standards”.

For China’s Premier, it’s time for the country to reform and modernize its administration, so that the government is no longer the sole supplier of standards. “There has to be more flexibility and autonomy in promoting International Standards,” he stressed, affirming his country’s desire to create a new system of standards where government plays a smaller role. “Simplicity, uniformity and transparency are what standardization stands for,” but for Premier Li that is also “what good governance is about”.

Premier Li Keqiang concluded by saying that China will further reach out and intensify its cooperation with ISO and its members.

The final assessment of the APEC’s Ease of Doing Business (EoDB) initiative, which takes into account the period 2009-2015, looks at the performance of the APEC region using the indicators of the World Bank’s Doing Business in five priority areas, namely:

1) Starting a Business;
2) Dealing with Construction Permits;
3) Getting Credit;
4) Trading Across Borders; and
5) Enforcing Contracts.

This assessment, prepared by the APEC Policy Support Unit in collaboration with the Economic Committee, shows that APEC has fallen short of the overall target of a 25% improvement by 2015, by posting a combined progress in the five priority areas equivalent to 14.6%. Progress was uneven across priority areas. While APEC experienced a significant progress in Starting a Business and achieved moderate progress in Dealing with Construction Permits and Getting Credit, only marginal progress was reported in the priority areas of Trading Across Borders and Enforcing Contracts.